Schrenk Hall Phase 2 consisted of completely gutting and renovating the upper two floors of the building. These two floors were conceptually planned to house space for research laboratories, grad students, student interaction, and faculty offices. With an emphasis on maximizing future flexibility, the research laboratories were designed in an open layout. The majority of the casework was fixed in place for ease of laboratory service locations but some portions had movable tables. Another concept of the open plan utilized in the design allows for views into the laboratory space. This idea allowed for natural light from the exterior to get into the internal grad student areas.

During Phase 2, we installed two new air handling units (AHUs) in the penthouse, but the most intense effort involved consolidating all of the fume exhaust from the building’s 80 fume hoods into one large high-plume fan-set. We also extended new hydronic piping from the basement and created a new protected lab water system to serve lab plumbing fixtures. A 500-kilowatt (kW), diesel-driven generator system was added to provide backup of code-required emergency and life safety loads, and this infrastructure can easily accommodate future renovations while minimizing disruption to other areas of the building. 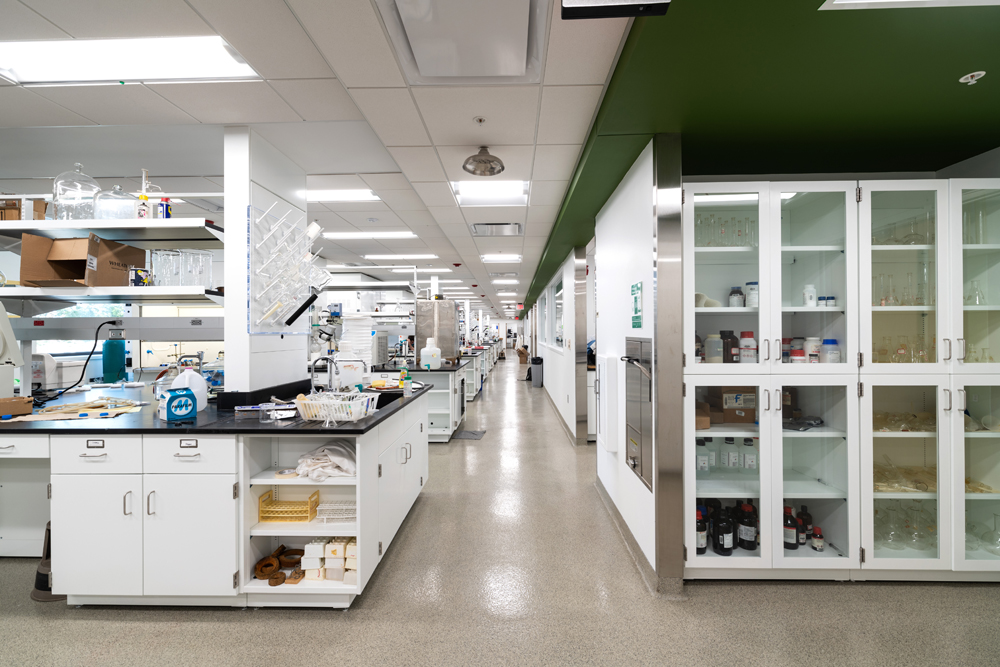 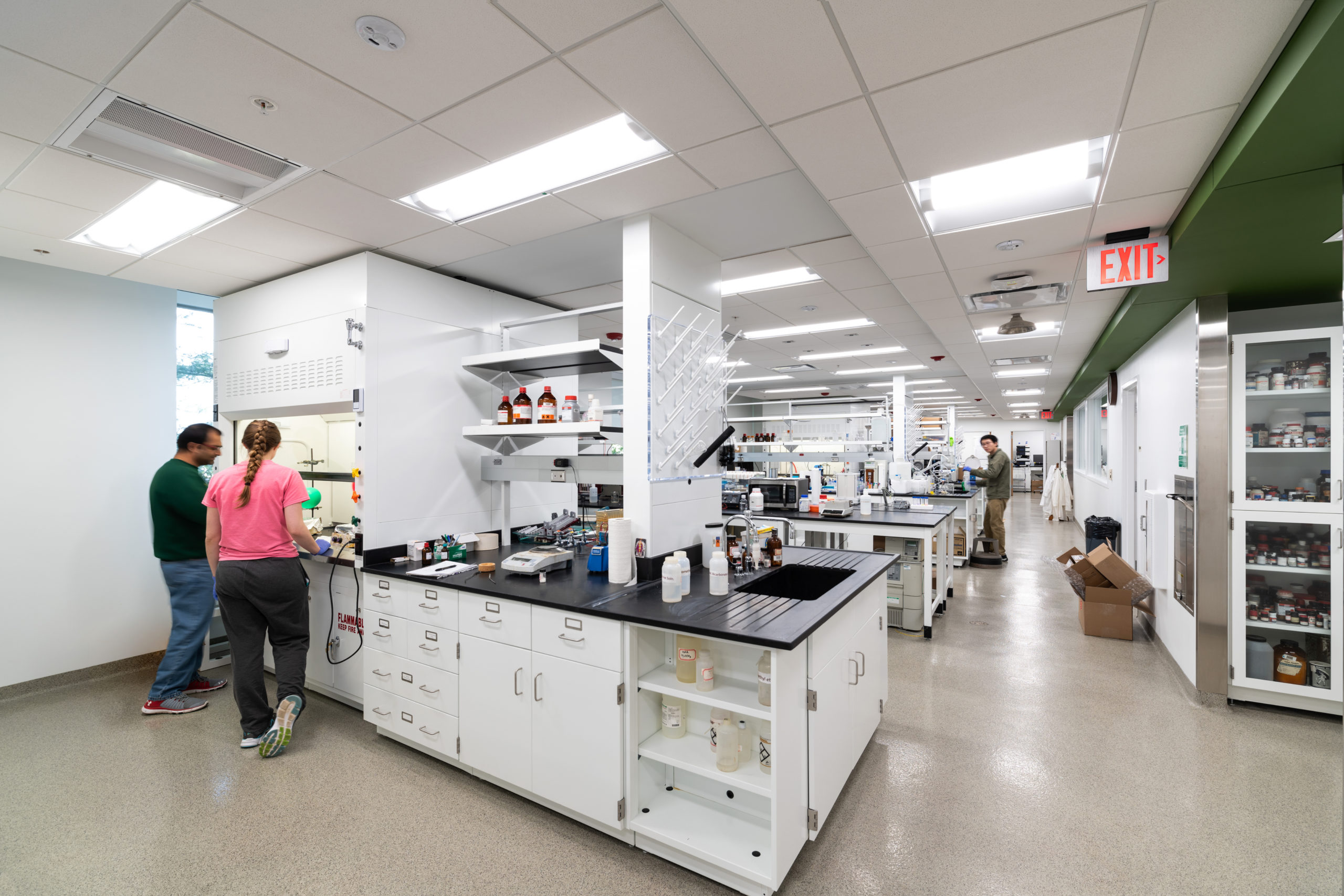 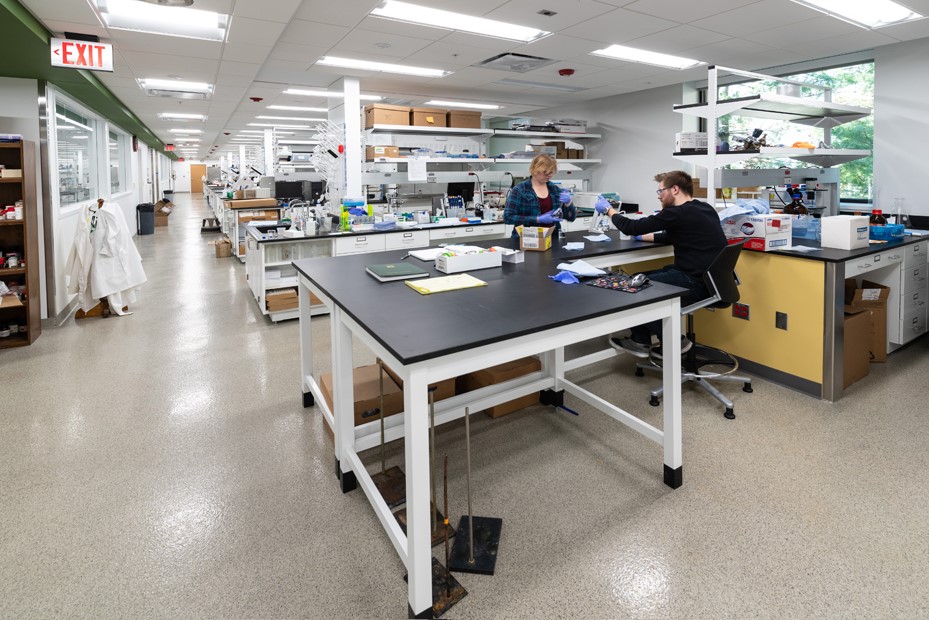 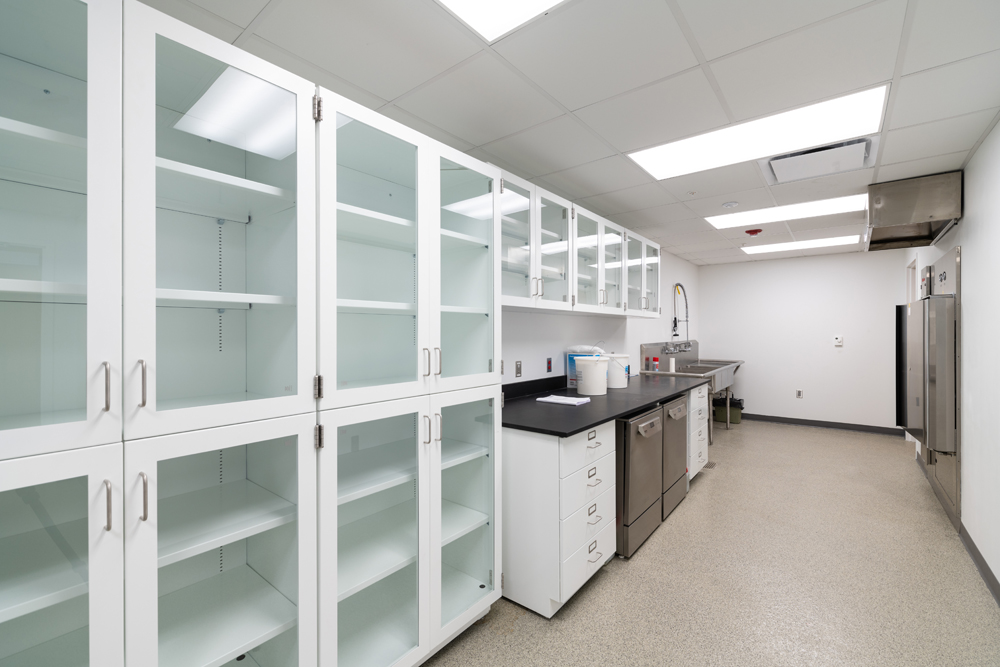 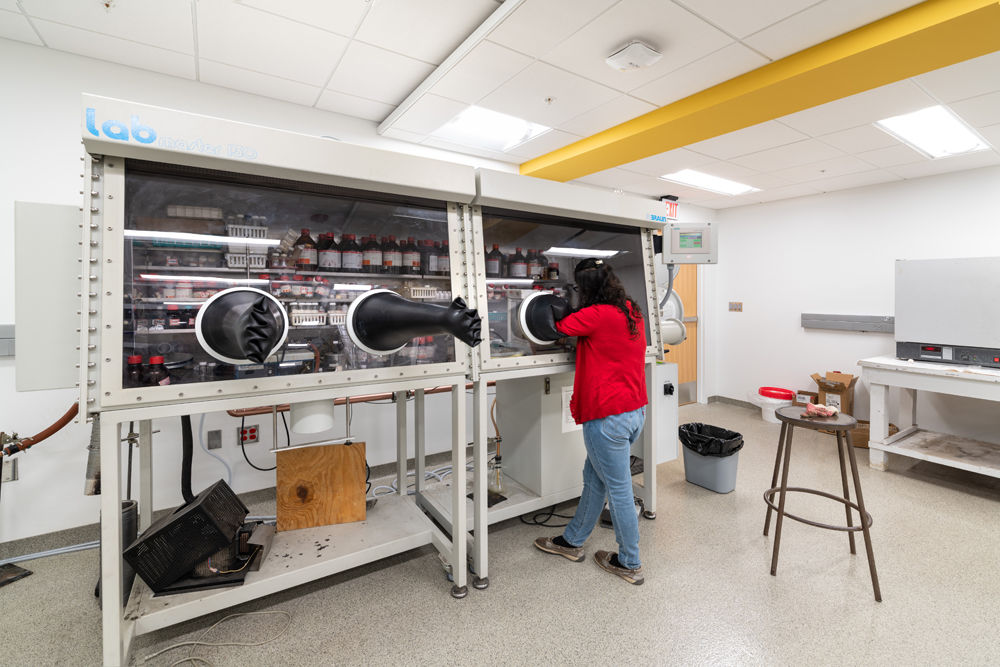 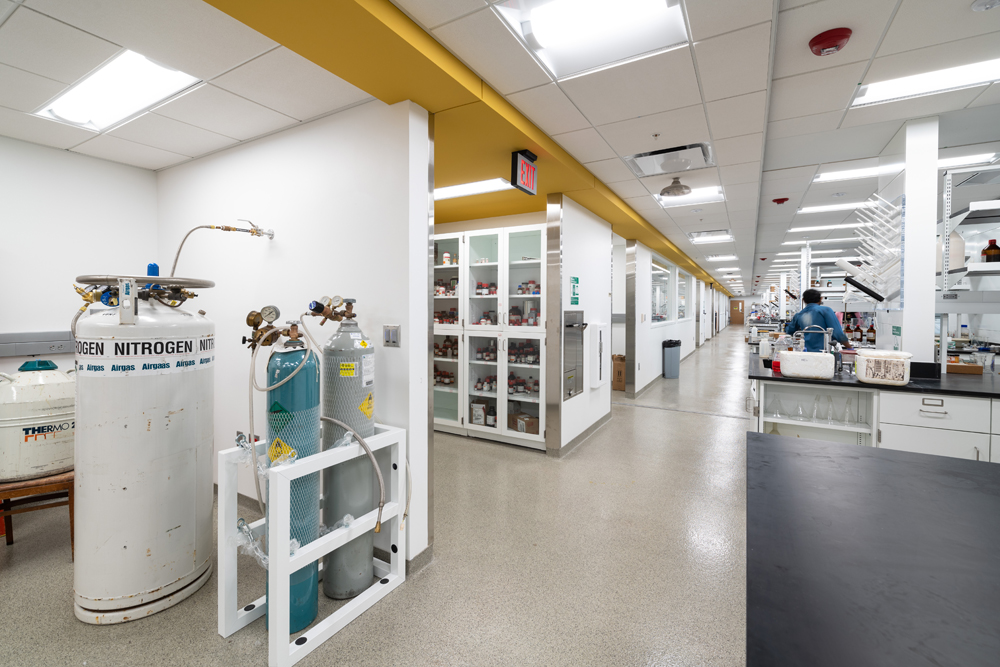